Vegetable casserole from a German kitchen

Since some months on I received many questions from Italians, aimed to get to know something more about German cuisine, about how Germans eat and especially what do they eat. I think my answers were never enough satisfying and the main reason for that is that German cuisine as a whole doesn’t deviate too much from the Italian one.From my part I have to admit some faults because I’ve never payed too much attention to food culture in general, but one day I’ll make a short that will further develop this topic. That day, however, is not today.
Today I wanted to share with you a little recipe of a very easy casserole made with zucchini and tomatoes, that was inspired by the dad of the children I look after. He cooks particularly well and he usually has original and quick ideas.

You’ll see the casserole along with the main and the second course (the kid’s dad mixed them all together, Germans often do that); if there would have been still space for the dessert, they would have probably fit that too in the same plate. 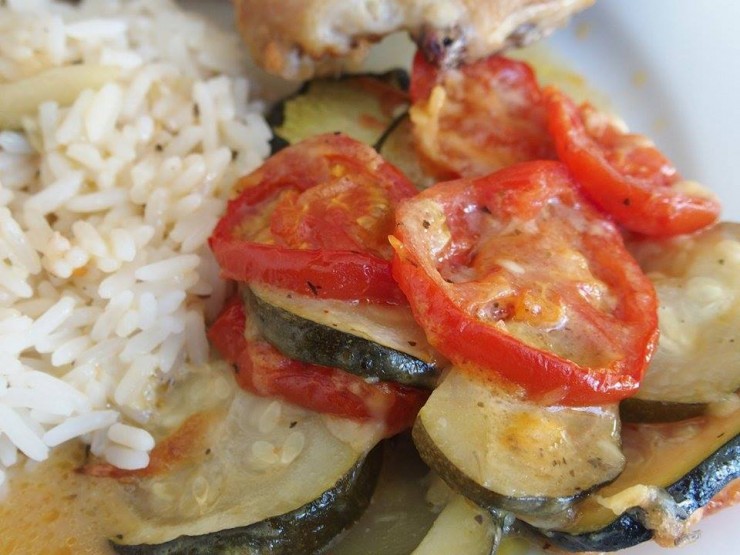 A trip to Middle East with traditional Iranian desserts