After Stockholm, we started heading with a Swedish high speed train toward Denmark.

Swedish trains have the option to book the breakfast/lunch when you are reserving the seats.*

What I didn’t take into consideration was the fact that the high speed train does, indeed, go very fast. Hence, stability is not the first quality of those train, or at least the Stockholm-Copenhagen one! Now try to figure out me, the most unstable person you’ll probably ever now, in a shaking train with coffee and brioche in my hands.

Far from stainless, we did arrive in the Danish capital. I had the privilege to visit Copenhagen other times before this one. And, thanks to some kind of a quirk, the railway station is located in the part of the city that I know the best. So, as soon as we stepped out of the station, I knew exactly what I wanted to show to Klaus.

I’d like to spend some words talking about the very railway station. In my opinion, it is the most beautiful station that I’ve seen so far. It’s huge, but at the same time well organized. The first railway station of Copenhagen, that was built in the year 1847, was entirely wooden. This was because at that time it was forbidden to built anything that had foundations outside the city fortification. Even though it was rebuilt in 1864, in 1911 and was renovated several times, the cozy atmosphere given by the bricks and wood is still untouched. 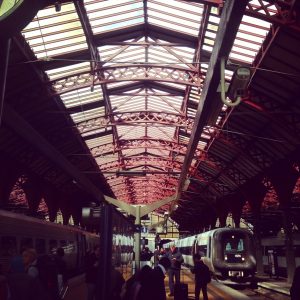 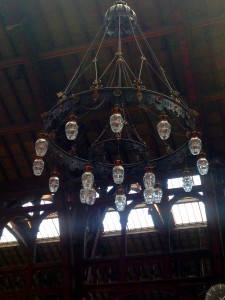 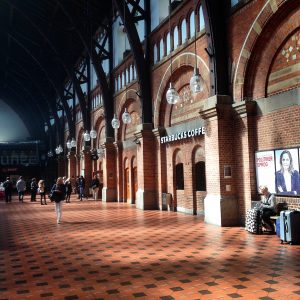 Practically in from of the railway station, is it located the Copenhagen Plaza Hotel, real treasure of Danish history. After a few hundred meters, you’ll be able to walk by the majesties of the Tivoli’s gardens. This amusement park is proud to be the second oldest in the world, dated 1843, and you can really feel it! The atmosphere you’ll experience there is somewhat close to a fairy tale. I’ll never forget the first time I put my little head (I was 10 years old) between the gate bars… It is such a vivid memory I can still feel it now: everything was just perfect, well taken care of and beautiful. For me, it was just like they took the dream garden from of my dreams and placed right in front of me. I’m sure I’m not the only one that felt such feelings when seeing Tivoli: that’s why the most famous attraction of Scandinavia is still enchanting little and old, even after 169 years. The real heart of Copenhagen is Rådhuspladsen, city’s square which is surrounded by buildings like Københavns Rådhus, the City Hall and the Industriens Hus, modern building head office of the Confederation of Danish Industries.

Curiosity: the Danish architect Martin Nyrop, who designed the Københavns Rådhus, was inspired by the Siena City Hall in Italy. 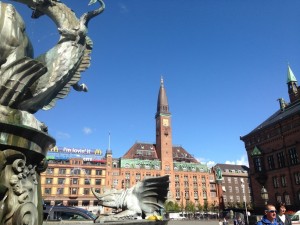 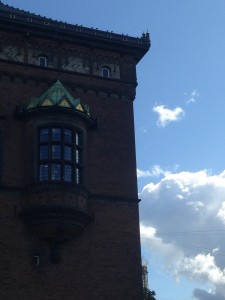 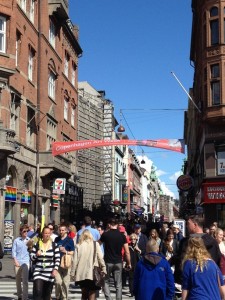 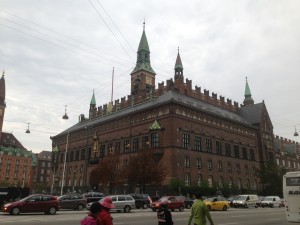 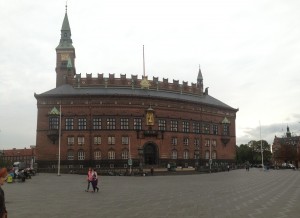 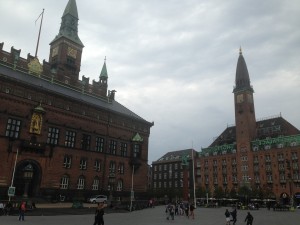 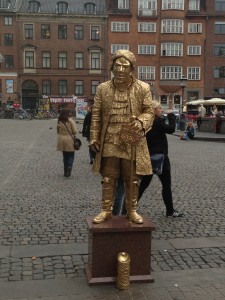 Would have ever guessed that in such a little time you could see so much? This is one of the surprises that you’ll experience if you travel by train!

*High speed trains and night trains have to be reserved even if you have an Interrail Global Pass. Reservation fee is far smaller than the full price. More info here http://www.interrail.eu/plan-your-trip/guide-interrail-train-reservations